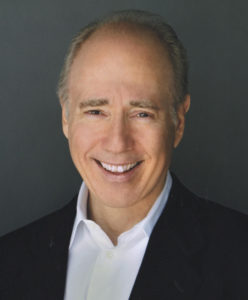 Sandy, as he is known to his family, friends, clients and colleagues, has been a trial lawyer in Los Angeles for over 40 years and has tried hundreds of cases in both the criminal and civil arenas. He has represented clients in, not only the State Courts of California, but also the Federal District Court for the Central and Southern Districts of the United States District Court as well as the Federal District Courts in Utah and New York. He has also represented clients in the Appellate Courts for both the State and Federal Courts. He proudly served six years in the United States Army. Sandy has an extensive business background having been Executive Vice President of a national laboratory company as well as a partner in three personal management companies, representing actors, writers, directors, musical artists and recording artists. He has produced theatrical motion pictures and documentaries, one of which, “Standing in the Shadows of Motown”, won the New York and National Film Critics’ Award as best documentary of the year. The film also received multiple Grammy Awards for its soundtrack. Sandy is also a published author. His philosophy is that, given the high cost of litigation, it is always best for the respective parties to explore alternative avenues to resolve disputes. That said, he is a strong proponent of mediation and/or arbitration, which often times obviates the necessity of continuing expensive litigation. Attendant thereto, Sandy has participated in over 100 mediations and/or arbitrations during his career. Additionally, he believes that communication with clients is most important and is always prompt in responding when they reach out to him.

Sandy believes that practicing law is a profession, not a job and therefore, when asked when he plans to retire, he quickly responds “when the fire in my belly for trying cases goes out”, which it clearly has not.